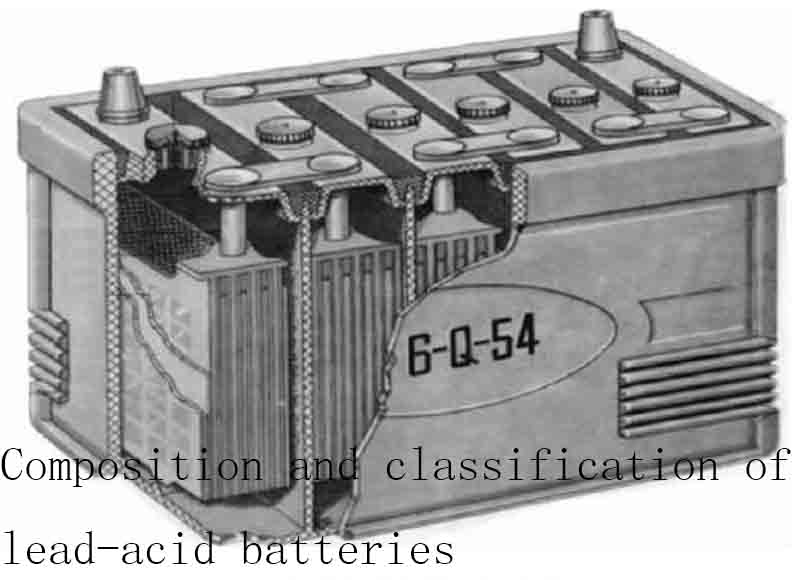 Lead acid battery has the longest application history, is also the most mature battery with the lowest cost and price, and has realized mass production.

Lead-acid battery is widely used because of its simple structure, low price and small internal resistance. It can supply strong starting current to the starter in a short time.

According to the structure of battery plate, there are formative, paste coated and tubular batteries.

According to relevant Chinese standards, the main battery series products are as follows:

Traction battery: it is mainly used for power supply of various battery vehicles, vehicles and forklifts.

Motorcycle battery: mainly used for starting and lighting of motorcycles of various specifications.

Electrolyte is the main substance of chemical reaction in the battery, which is prepared by pure sulfuric acid and distilled water in a certain proportion. The two are mixed in different proportions to form electrolytes with different densities.

The density of battery electrolyte is generally 1.24g/cm3-1.30g/cm3. The medium density should be determined according to the region, climate conditions and the requirements of the manufacturer.

The first paragraph indicates that the battery assembly is composed of several single cells, which are represented by Arabic numerals.

The third paragraph indicates the rated capacity of 20h discharge rate, which is expressed in Arabic numerals, and the unit is a · h. when necessary, other codes can be marked after the rated capacity to indicate special performance, which is expressed in capital letters (no words are general performance batteries). For example, the high starting rate battery with thin plate is represented by “g”.

To sum up, the chemical reaction in the charge and discharge process of the battery is reversible.

The total reaction formula is as follows:

(1) Rated capacity refers to the amount of electricity output by a fully charged battery when the average temperature of electrolyte is 25 ℃ and the current discharged at the rate of 20h (equivalent to 1 / 20 of rated capacity) is continuously discharged until the single grid voltage drops to 1.75v.