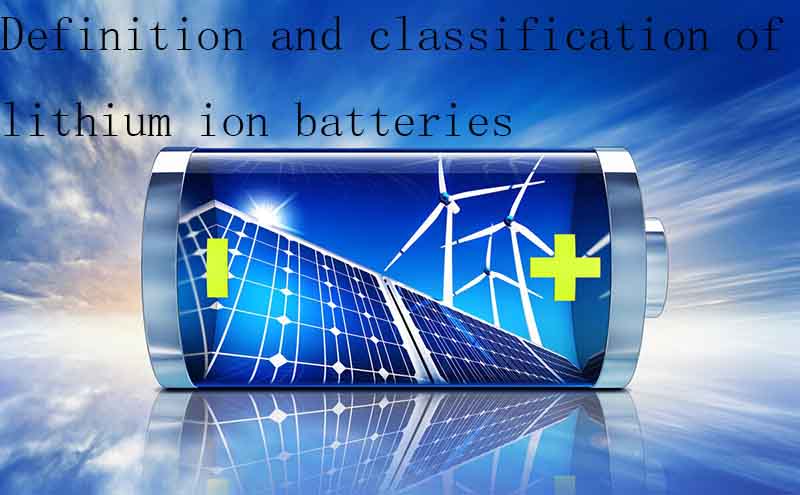 According to appearance: square and cylindrical.

(3) Long cycle life. At present, the cycle life of lithium-ion battery has reached more than 1000 times, tens of thousands of times under low discharge depth, which is more than that of other secondary batteries.

(5) Without memory effect, it can be charged at any time according to requirements without reducing the performance of the battery.

(6) It can be charged quickly. Lithium batteries can usually be charged with a current of 0.51c, reducing the charging time to 12h. The current safe discharge rate of lithium-ion battery is about 45C; The international excellent lithium polymer battery has been able to achieve a discharge rate of more than 20c.

(8) There is no pollution to the environment. There are no harmful substances in lithium-ion batteries. They are truly “green batteries”.

Lithium ion batteries usually have cylindrical and rectangular shapes. It is composed of positive electrode, negative electrode, electrolyte and diaphragm.

Diaphragm: a special composite membrane. Its function is to isolate the positive and negative electrodes, prevent electrons from passing through, and allow lithium ions to pass through, so as to complete the rapid transmission of lithium ions between the positive and negative electrodes in the process of electrochemical charge and discharge. At present, it is mainly polyethylene (PE) or polypropylene (PP) microporous membrane.

Spiral wound structure is adopted inside the battery, and safety valve and PTC element are also installed to protect the battery from damage in case of abnormal state and output short circuit.

Taking LiFePO4 as an example, its chemical reaction equation is as follows:

The safety of lithium-ion battery power supply equipment is the most concerned problem, so its protection is very important.

(4) Even if the battery is damaged internally or externally, the battery does not burn, explode and has the best safety.

(5) Excellent cycle life. After 500 cycles, its discharge capacity is still greater than 95%; The lithium iron phosphate single cell prepared in the laboratory has a cycle life of up to 2000 times in the cycle test of IC.

(6) There is no damage when the over discharge reaches zero voltage. After 7 days of storage at zero voltage, the battery has no leakage, good performance and 100% capacity; After storage for 30 days, it has no leakage and good performance, with a capacity of 98%; After 30 days of storage, the battery will be charged and discharged for three more cycles, and the capacity will be restored to 100%.