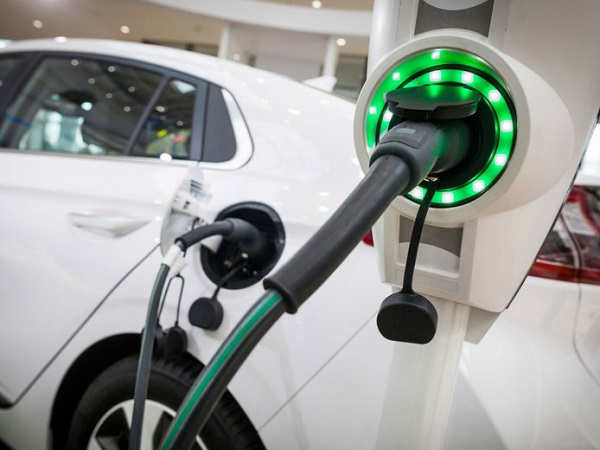 Since the 21st century, China’s automobile industry has developed rapidly and has formed an industrial system with complete types and complete supporting facilities. However, the problems of energy, environmental protection, and transportation caused by the huge car ownership have become increasingly prominent. Therefore, the development of new energy vehicles has been vigorously developed and the promotion of new energy vehicles has been accelerated. The industrialization process of energy vehicles is an inevitable choice for my country to effectively respond to the energy crisis and environmental challenges and realize the sustainable development of China’s auto industry. It is also an important measure to seize strategic opportunities, shorten the gap with advanced countries, and achieve leap-forward development of the auto industry.

On April 18, 2012, the State Council discussed and passed the “Energy-saving and New Energy Automobile Industry Development Plan (2012-2020)” (hereinafter referred to as the “Plan”). The main strategic direction of the transformation of the automobile industry is to focus on breakthroughs in power batteries, motors and electronic control technologies, and focus on promoting the industrialization of pure electric vehicles and plug-in hybrid electric vehicles. Improve China’s automobile fuel economy level; strengthen independent innovation, master key core technologies for energy-saving and new energy vehicles, and enhance the ability of independent industrial development. The overall goal of the plan: By 2020, the cumulative production and sales of new energy vehicles will reach 5 million; the energy density of the power battery system will reach 200w·h/kg, and the cost will be reduced to 1.5 yuan per watt-hour; medium and heavy hybrid passenger vehicles will account for More than 50% of the annual production and sales of passenger cars; the overall level of automobile fuel economy is in line with the international advanced level, the average fuel consumption of new passenger cars has dropped to 5.0L/100km, and the fuel consumption of energy-saving passenger cars has dropped to 4.5L /100km or less.

(1) Pure electric vehicles.
A pure electric vehicle (Battery Electric Vehicle, BEV) is a kind of battery (such as lithium-ion battery, nickel-hydrogen battery or lead-acid battery) as a vehicle-mounted energy storage power source, which provides electric power to the motor to drive the motor to run, and is driven by the motor A car that runs on wheels and meets the requirements of road traffic and safety regulations.

(2) Hybrid electric vehicles.
Hybrid Electric Vehicle (Hybrid Electric Vehicle, HEV) refers to the use of two or more different power sources to drive the vehicle. The driving power of the vehicle is based on the actual driving state of the vehicle. A single power source alone or multiple power sources Provided together. Its mixing forms include oil-electricity, gas-electricity and oil-gas mixing, with oil-electricity mixing as the mainstay. A hybrid electric vehicle is a vehicle driven by a gasoline (diesel) engine and an electric motor alone or together. It combines an internal combustion engine, an electric motor, and an energy storage device (battery). Good matching and optimal control between them can be sufficient Taking advantage of the advantages of internal combustion engine and electric motor and avoiding their own shortcomings, it is the most practical development of low-emission, low-fuel consumption vehicles.

According to different power coupling modes, oil-electric hybrids can be divided into series hybrids, parallel hybrids and hybrid hybrids.

①Tandem hybrid power. In the series hybrid power system, the engine directly drives the generator to generate electricity. The generated electrical energy is transmitted to the battery through the power control unit, and then transmitted to the electric motor from the battery to convert into kinetic energy, and finally the car is driven by the transmission mechanism. In this connection mode, the battery is like a reservoir, but the object of regulation is not water, but electricity. The battery adjusts between the energy produced by the generator and the energy required by the electric motor to ensure the normal operation of the vehicle. The advantage of this system is that the driving range is longer; the disadvantage is that the power route is longer, and the transmission efficiency is lower due to multiple energy conversions. It is mainly used in city buses. The application brands include Zhongtong, Yutong, and Kinglong.

②Parallel hybrid power. The engine and electric motor of the parallel hybrid power system drive the car together, or they can work alone, with the electric motor as auxiliary power. The advantage of this system is its simple structure and low cost; its disadvantage is that the engine efficiency cannot be fully utilized. For example, Honda’s IMA system, the application models are Honda Accord and Civic.

③Hybrid hybrid power. , The key to the series hybrid power system is that the engine and the electric motor share a set of mechanical transmission mechanism. The two are connected by a power distribution device (clutch or planetary gear mechanism) to comprehensively adjust the speed relationship between the engine and the electric motor. Compared with the parallel hybrid power system, the hybrid system can adjust the power output of the engine and electric motor more flexibly according to the working conditions. The advantages of the system are ideal for energy saving; the disadvantages are complex structure, high cost, and difficult control. For example, the THS of Toyota Prius.

Plug-in Hybrid Electric Vehicle (PHEV) is based on conventional hybrid vehicles and has the basic functional characteristics of pure electric vehicles. The control principle is more complicated than that of pure electric vehicles. It works mainly in pure electric mode, and there are three sources of battery power: ①Slow charging through household 220V power supply or fast charging through special charging piles, connecting to the on-board charging port to charge the battery; ②When the battery power is lower than the set value and When it cannot be charged in time, the gasoline (diesel) engine drives the generator to generate electricity to recharge the battery; ③When decelerating and braking, the motor reverses as a generator to recharge the battery.

Plug-in hybrid electric vehicles are mainstream development models at home and abroad, such as Pentium B50 and BYD Qin.