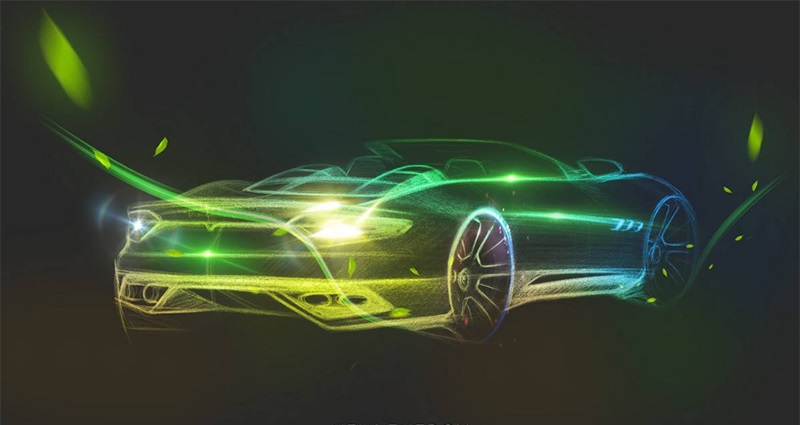 Japan first started the development of hybrid electric vehicles and first realized industrialization. At present, the total sales volume has reached more than 2 million and began to make profits. The Prius, which came out at the end of October 1997, is the first hybrid vehicle to realize mass production in the world. The first generation product has a self weight of 1515kg, a gasoline engine displacement of 1500cc, a maximum power of 42.6kw/4600 (R / min), a permanent magnet brushless generator with a rated power of 30kW, a series parallel control mode of hydrogen nickel battery, and a fuel consumption of 3.4L per hundred kilometers.

At present, Prius has launched the third generation of products, the power battery has been changed to lithium battery, and other performances have been greatly improved. Toyota Prius has sold more than 2 million vehicles worldwide.

Internationally, hybrid commercial vehicles have also achieved rapid development, and hybrid buses, municipal vehicles and military vehicles have been developed. In particular, the United States has made some achievements in the development and application of hybrid bus. At present, many models are in operation. European bus and truck manufacturers have focused on hybrid technology. Germany Benz, Sweden Volvo and Poland Solaris have successively developed hybrid commercial vehicles.

Hybrid technology is a necessary link for the transfer from single engine drive to pure electric drive. Reasonable use of hybrid technology can significantly save fuel and carbon, and control the cost within a certain range. Therefore, hybrid vehicles have become the focus of automobile companies all over the world. With the gradual maturity of battery technology, gradually improving the degree of mixing to realize the transformation from traditional energy to electrification is the development direction of hybrid technology. In the early stage, there are mainly schemes such as single motor parallel, double motor parallel and double motor hybrid connection. In the later stage, it will develop to plug-in scheme to realize the transition to pure electric scheme. In terms of power system structure, hybrid electric vehicles will develop to a higher degree of integration. According to the development of vehicle energy, there are two trends: integration of engine and motor and integration of transmission train and motor, so as to realize the transformation to electrification.

The guiding ideology of China’s new energy vehicles has been gradually clear and clear since the government’s “clean vehicle action” in 1995, until the formation of specific objectives, policies and new energy vehicle industry in recent years.

In 2001, the new energy vehicle research project was listed as the “863” major scientific and technological topic during the national “Tenth Five Year Plan”, and the major project of “energy saving and new energy vehicles” in the “863” plan of the eleventh five year plan passed the demonstration in June 2006.

Its key task is to promote the R & D and demonstration operation of fuel cell vehicles, realize the large-scale industrialization of hybrid electric vehicles, expand the application scope of pure electric vehicles, and further expand the promotion and application of alternative fuel vehicles; Promote the research and formulation of energy-saving and new energy vehicle industry policies, regulations and relevant standards, improve relevant testing and evaluation capabilities, form an intellectual property protection and investment and financing service system, build a public service platform for energy-saving and new energy vehicles, and establish China’s energy-saving and new energy vehicle industry alliance; Grasp the major opportunity of the transformation of transportation energy power system and establish an independent R & D and innovation system based on the combination of industry, University and research with enterprises as the main body.

At present, China has mastered the key technology of vehicle development in electric vehicles, formed the development ability of various electric vehicles, independently developed a series of products, and comprehensively followed up the industrialization of key parts. In terms of the research and development of the core battery technology of hybrid electric vehicles, China has independently developed a series of nickel hydrogen and lithium-ion power battery products with a capacity of 6a · H ~ 100A · h. The energy density and power density are close to the international level. At the same time, it has broken through the bottleneck of safety technology and has been applied to urban bus for the first time in the world; The self-developed permanent magnet brushless motor, AC asynchronous motor and switched reluctance motor below 200kW have a weight specific power of more than 1300W / kg and the maximum efficiency of the motor system reaches 93%. In recent years, power battery enterprises such as Lishen, BYD, bick and Wanxiang have invested billions of funds to speed up the industrialization construction. Motor enterprises such as Shanghai electric drive, Dajun, Xiangtan Motor and CSR era have strengthened cooperation with upstream and downstream enterprises and actively improved the construction of industrial chain. In the next two to three years, it is expected to form a production capacity of more than 2 billion a · h power batteries and a full range of drive motors, which can meet the supporting requirements of 1 million hybrid and electric vehicles.

From the current situation, China has established a hybrid electric vehicle powertrain technology platform and an industry university research cooperation R & D system, and achieved a series of breakthrough achievements, laying a solid foundation for vehicle development. As of January 31, 2009, 1116 Chinese patent applications have been accepted and published by the China Intellectual Property Office in the field of hybrid vehicle technology. Of the 1116 patent applications, 782 were inventions (107 were authorized) and 334 were utility models. At the same time, hybrid electric vehicles have made remarkable progress in system integration, reliability and fuel saving performance. Different technical schemes can save fuel by 10% ~ 40%. The investment of automobile enterprises in the R & D and industrialization of hybrid electric vehicles has been significantly increased, the pace of industrialization has been accelerated, the industrialization of key parts has been fully followed up, and the production supporting capacity has been significantly enhanced.

At present, major automobile enterprises have established new energy vehicle R & D companies or departments to carry out research and development on energy conservation and new energy vehicle technology, research on key parts and components such as vehicle power battery, drive motor and fuel cell engine, as well as research on technical standards and test technology. At the same time, local governments have also increased their support for the new energy vehicle industry and planned the new energy vehicle industrial park. At the same time, the government has received high subsidies for the introduction of electric vehicles and ethanol fuel. Many Chinese automobile enterprises frequently display their self-developed fuel cell vehicles and hybrid vehicles at major international auto exhibitions, thus obtaining an immeasurable starting right in this new energy competition.