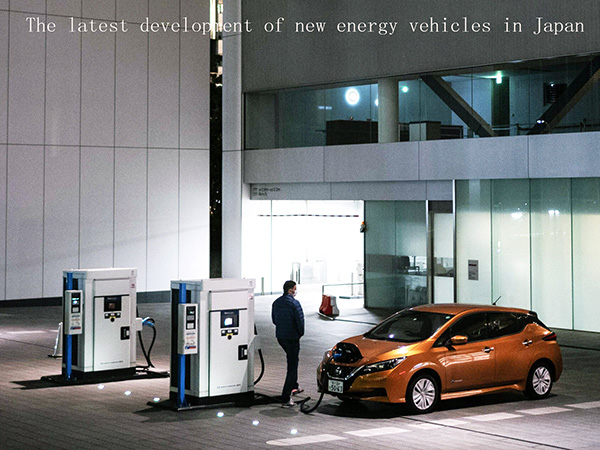 Japan has a small area, poor resources, low carbon and strong environmental awareness. The Japanese government and the automobile industry attach great importance to the research and development and promotion of new energy vehicles, and have done a lot of work in the three aspects of technology, price and convenience. In May 2006, the Japanese government formulated the “New National Energy Strategy”, proposing to increase the ratio of new energy vehicle sales to 50% of total new vehicle sales by 2020, and to 70% by 2030; Nearly 50% of oil dependence is reduced to 40%. Thanks to policy support, Japan has made remarkable achievements in the new energy vehicle market. The sales statistics of Japanese new energy vehicles in the first quarter of 2014-2017 are as follows:

As early as 1997, Japanese automobile giant Toyota launched the world’s first mass-produced hybrid electric car Prius in Japan. After that, hybrid technology was adopted in more than a dozen of the company’s models. The cumulative sales of Toyota’s hybrid models have exceeded 10 million.

In addition to Toyota, Honda is also investing heavily in hybrid technology. In Japan, 47% of Honda cars are hybrid electric vehicles, and the layout of the models is very complete, such as Insight, Civic.Accord, etc. Companies such as Nissan and Mitsubishi have set their sights on pure electric vehicles. In 2010, Nissan launched LEAF, a pure electric vehicle. Its latest model has a range of 280km on a single charge, which can basically meet the needs of short- and medium-distance transportation. As of the end of 2017, LEAF had sold more than 240,000 vehicles worldwide, ranking among the top sales of new energy vehicles in the world.

Japanese car companies have been quite advanced and mature in the technologies of several new energy vehicles. Not only are they low-carbon and environmentally friendly, but they also surpass similar internal combustion engines in driving performance and comfort. The remaining problems are the purchase price, use cost and related supporting facilities. The completeness of the facilities.

Redemption subsidy: After April 10, 2009, when consumers replace an old car that has been in use for more than 13 years, they can get an average subsidy of 250,000 yen for purchasing a hybrid electric vehicle.

Japan has implemented the “green tax system” on April 1, 2009, and the applicable objects include pure electric vehicles, hybrid electric vehicles, clean diesel vehicles, natural gas vehicles and vehicles that have been certified as low-emission and low-fuel consumption vehicles. The first three types of cars are defined by the Japanese government as “new generation cars”. In June 2009, the Japanese government launched the “new generation cars” plan, striving to make environmentally friendly cars occupy about 50% of the total automobile market by 2050. The purchase of “new generation cars” can enjoy a variety of tax exemptions, and the corresponding car quality tax and car purchase tax are deducted based on the quality. For example, the highest discount that Toyota Prius hybrid electric vehicles can enjoy is the exemption of 100% of the quality tax and purchase tax on new cars, as well as subsidies. This has greatly boosted the hot sales of new energy vehicles such as hybrid electric vehicles in Japan.

Toyota’s hydrogen fuel cell vehicle-Mirai launched at the end of 2014 is priced at about 7.23 million yen, but it can enjoy a tax reduction of about 2.25 million yen. The price after the tax reduction is about 5 million yen, which is good for high incomes. It is acceptable to consumers, so once Mirai was launched, the order volume far exceeded expectations.

The Ministry of Economy, Trade and Industry of Japan estimates that by 2020, the annual sales of electric vehicles in Japan will increase to 800,000, and the annual sales of hybrid electric vehicles will increase to 1.2 million. However, the biggest obstacle restricting the rapid popularization of new energy vehicles is supporting facilities such as charging and hydrogen refueling. Japan is also leading the world in the development of these areas.

(3) The supporting facilities are gradually improved
In order to realize that new energy vehicles will account for 70% of Japan’s new car sales in 2030 and have an advantage in the international competition of the new energy vehicle industry, the Japanese government has made long-term plans and vigorously supported new energy technology research and development, infrastructure construction, etc., and gradually promoted the relevant Complete supporting facilities.
Since 1993, Japan has initiated the ECO-Station project. It plans to establish 2,000 alternative energy vehicle fuel supply stations, including 1,000 fast charging stations for pure electric vehicles. The Japanese government plans to invest 21 billion yen in this project within seven years; through development High-performance electric vehicle power batteries will increase the driving range of Japanese electric vehicles on a single charge by more than three times before 2020, and achieve the expected target of new energy vehicle sales in 2020.

In 2010, the Ministry of Economy, Trade and Industry of Japan announced the “New Generation Vehicle Strategy 2010” plan, pointing out that by 2020, 5,000 fast charging stations and 2 million household ordinary charging stations will be built nationwide, and emphasized that Japanese companies are developing future power batteries. International standards must play a leading role.

In order to overcome key battery technologies, the New Energy Industry Technology Development Organization (NEDO) under the Ministry of Economy, Trade and Industry of Japan established the All Japan system and established the largest new energy vehicle industry alliance for the development of high-performance electric vehicle power batteries, and jointly implemented 2009 The annual “Innovative Battery Cutting-edge Science Basic Research Special” project. The alliance includes automobile companies such as Toyota and Nissan, electric motor and battery manufacturers such as Sanyo Electric, and famous universities and research institutions such as Kyoto University, with a total of 22 member units. Each unit assigns more than 50 professionals to engage in cooperative research and develop common basic technologies required by the enterprise.