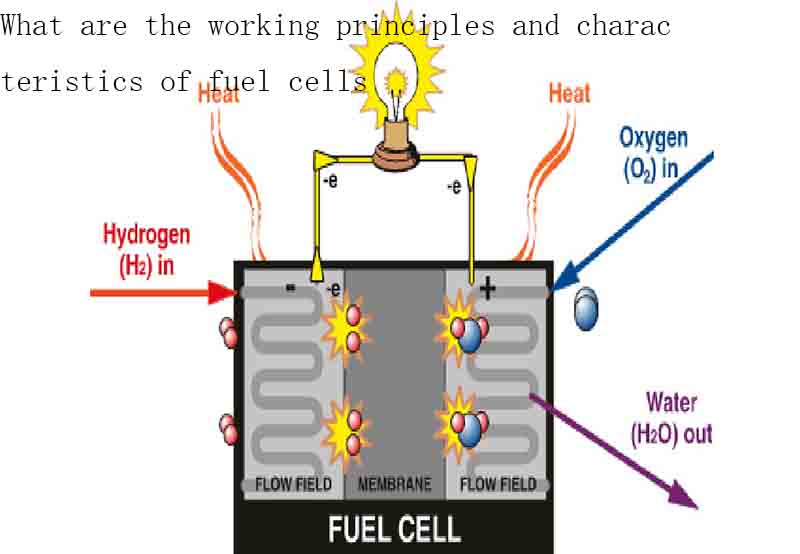 Fuel cell is a power generation device that directly converts the chemical energy existing in fuel and oxidant into electrical energy.

Fuel and air are sent into fuel cells respectively, and electricity is wonderfully produced. From the appearance, it has positive, negative and electrolyte, which is like a battery, but in essence, it can not “store electricity” like a battery, but a “generator”. The potential of high efficiency, pollution-free, short construction cycle and easy maintenance of fuel cells will detonate the green revolution of new energy and environmental protection in the 21st century.

The fuel cell was first used as a power source by the United States in the 1960s for the Gemini and Apollo spacecraft. In addition, it can produce enough clean drinking water for manned spacecraft.

With people’s attention to their own environment, the increasing efforts of green environmental protection and the depletion of world oil resources, mankind urgently needs a clean and renewable energy for vehicles that is both environmentally friendly and efficient.

In the past decade, the application of fuel cells in vehicles has been the focus of attention. In contrast to the chemical battery, the fuel cell generates electric energy without storing electric energy, and as long as the fuel supply is maintained, it will continue to operate and continuously output current.

Compared with internal combustion engine vehicles, it has the advantages of high energy efficiency and much lower emissions, because the free energy in its fuel is directly converted into electric energy without going through the combustion process. The differences between fuel cells and ordinary cells are as follows:

(3) The fuel cell needs a set of fuel storage device and auxiliary equipment. In the working process, the mass is gradually reduced. The ordinary battery has no other auxiliary equipment, and the mass and volume of the battery are basically unchanged.

The basic working principle of hydrogen fuel cell is very simple. The first demonstration device of fuel cell was invented by lawyer and scientist Wiliam grove in 1839. The experimental device is shown in the left and right figures below.

On the left, water is electrolyzed into hydrogen and oxygen. In the figure on the right, the power supply is replaced by an ammeter, which generates a small current. The electrolysis process is reversed, and hydrogen and oxygen are rejoined to generate a current. The above figure reasonably illustrates the basic principle of fuel cell, but the current generated is very small. The main reasons are:

(1) Because the area of the gas contact ring is only small.

At present, phosphoric acid fuel cell (PAFC) is the most widely used and first put into commercial production. Some PAFC systems can operate continuously for one year or more without shutdown maintenance and manual intervention, which can meet the needs of civil power consumption.

It has also been widely tried in cars, fuel cells for Mercedes Benz cars. The instrument used by traffic police to measure drunk driving is also a fuel cell, which determines the amount of alcohol consumed according to the concentration of alcohol in the exhaled air.

It can be seen from the above that fuel cell is a kind of primary cell. With the help of electrochemical process, the chemical energy of its internal fuel is directly converted into electrical energy. Fuel and oxidant are continuously and independently supplied to the two electrodes of the cell and react at the electrodes.

The electrolyte must be used to conduct ions from one electrode to another, and the fuel is supplied to the anode or positive electrode, where electrons are released from the fuel by means of a catalyst. Under the action of the potential difference between the two electrodes, electrons flow to the cathode or negative electrode through the external circuit. At the cathode, positive ions combine with oxygen to produce reactants or waste gas.

The chemical reactions in fuel cells are similar to those in batteries. The thermodynamic voltage of fuel cell is closely related to the energy released and the number of electrons transferred in the reaction. The energy released by the galvanic cell reaction is determined by Gibbs

The change in free energy AG is given, usually expressed in terms of molecular weight per mole gram.

The “ideal” efficiency of the reversible primary cell is related to the enthalpy corresponding to the primary cell reaction as follows:

If the electrochemical reaction does not involve the change of gas molecular weight, that is, when △ s is zero, then η The ID will be 100%. For example, this is the case for the reaction of C + O2 = CO2. However, if the entropy change △ s reaction is positive, the reaction carried out under the condition of isothermal and reversible in the primary cell has not only chemical energy △ h, but also heat t △ s absorbed from the surrounding environment for conversion into electrical energy (similar to heat pump).